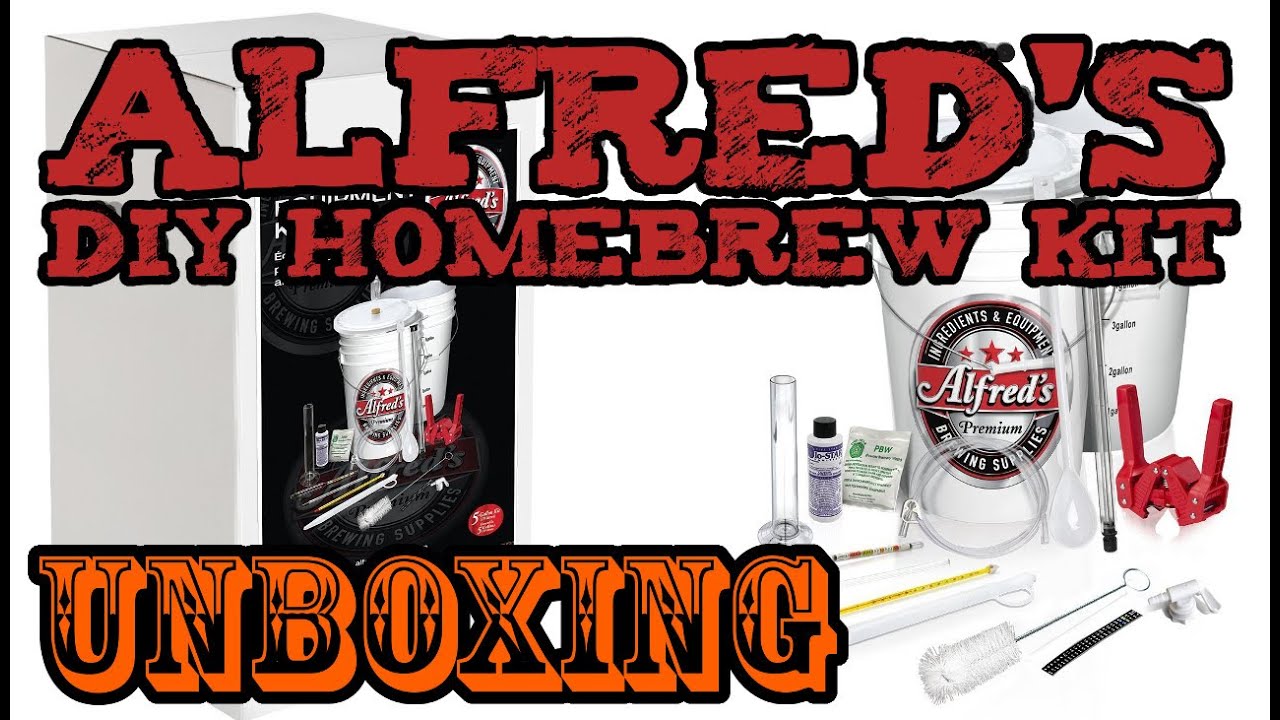 Beer Kit
In this episode we unbox our new craft brew kit, Alfred’s DIY HomeBrew Kit . Alfreds home brew is a well put together kit with all you need to brew beer less bottles and cook pot.

Why do I want to brew beer. I like a particularly boring beer taste, call it a mix of Canadian and Budweiser. But I want to recreate that with an infused flavor. I want to brew my flavour so that I don’t have to feel like I am suffering through a beer my friends like. I want to be the master brewer of my taste. Because I know that one day others will want that taste too.

I don’t want to be different. Do it differently. I want to recreate something easy tasting that does something like Drew Carey’s Buzz Beer. What was it, nicotine? Caffeine… I forget but it was something funny. What does blackberry infused beer sound like? I don’t want to be different, I want normal beer, with a nice flavour. Something full though, not some flavour that is forced to fit a good name. When I close my eyes, I think about the summer when you jump off the hay wagon, and I want to have something easy and nice to the taste for once.

So this series to me, is about uncovering a flavour of beer. Then moving on to the next phase of flavouring it in different ways. I imagine Marty has a totally different idea, and following allong on his journey is exaclty what I need too, to learn all this. It’s going to be fun.