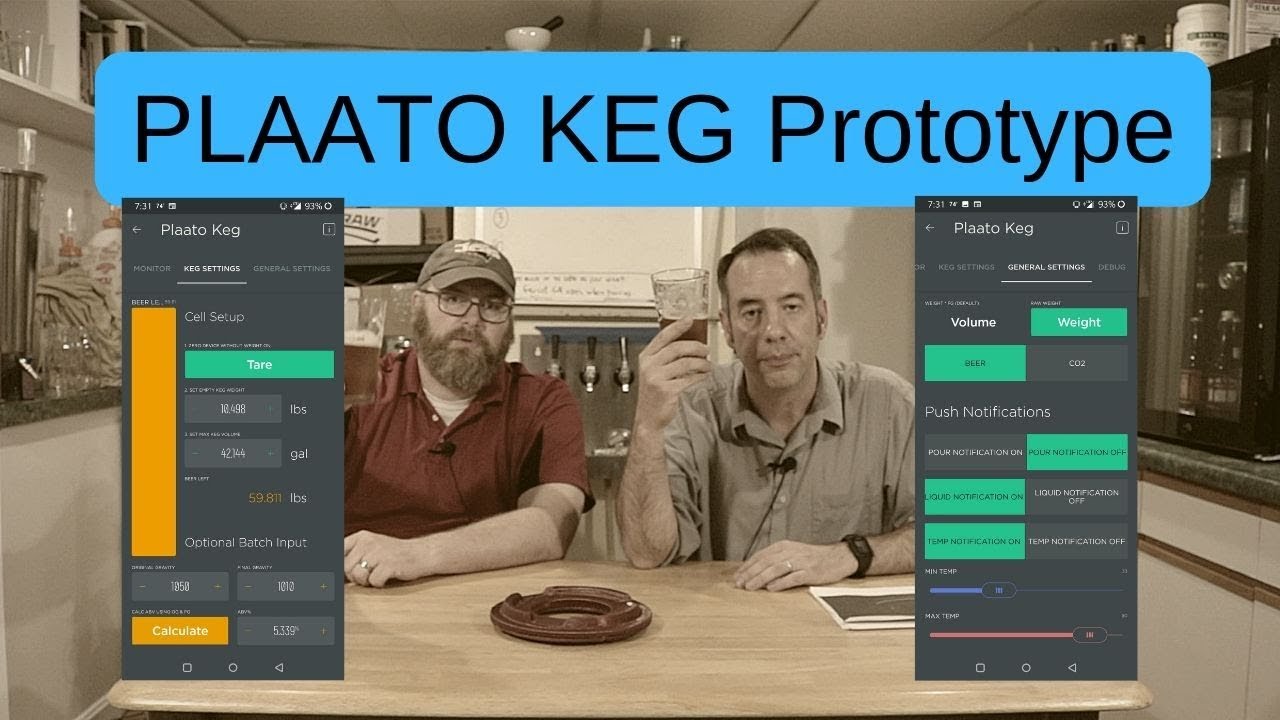 Plaato Keg is a wifi enabled keg scale that you calibrate to set your standard 5 gallon Homebrew keg on top of in your fridge. The Plaato Keg sends data to your Plaato app about how many pours are remaining and the temperature of the fridge the keg is in.

John did a few initial tests and reports that its a very nice device. Plaato kindly sent us a prototype version to test and now we are showing it to you.

You can check out this cool new tool from the Plaato people at their kickstarter campaign:
https://www.kickstarter.com/projects/plaato/plaato-keg-the-ultimate-beer-tool-tracks-every-pour

They have already received full funding for the kickstarter but its never too late to get one of these cool tools. If you’ve ever wanted an easy way to track the beer in your keg go check out this first ever wifi enabled device that does just that!

Check out our blog at:
http://www.brew-dudes.com